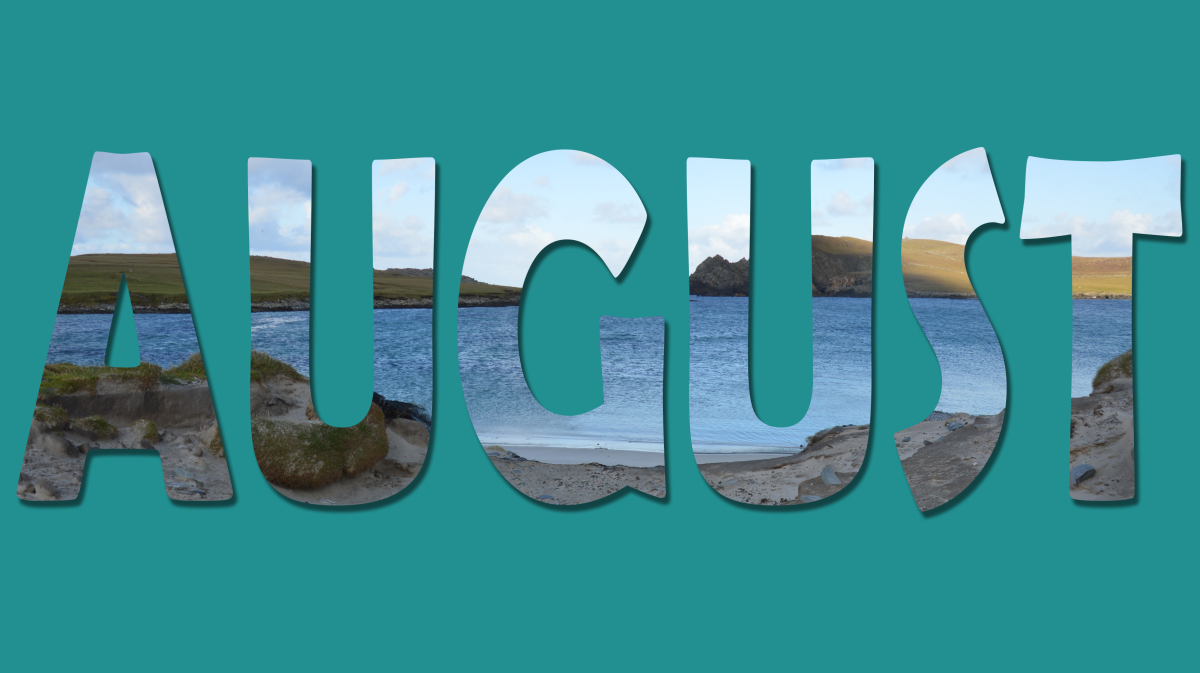 Can you believe it is August already! With lockdown restrictions easing slowly it is a great time to get out around the Shetland coast.

August highlights:  Herring Tales by Donald S. Murray is our book of the month and we are exploring the deep ocean in our kids book. Our activity is rockpooling and our fish of the month is the Atlantic Herring. Check out the Heritage topic this month which looks at the Herring Stations that were dotted across Shetland.

Book of the Month 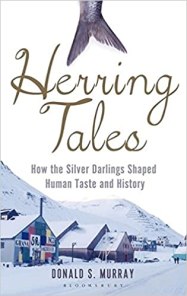 In this interesting book, Murray tracks the social history of the herring around the North Atlantic from looking at how the herring fishery was central to the lives of so many people and how the fish and people have been represented in literature, craft, art, music and folklore around Northern Europe.

The following is a short except from the book. “The territory in which they operated was huge. They thronged the North Atlantic. Found off the shores of places as far apart as Iceland, the Netherlands, Ireland, the United States and Southern Greenland, they stitched together a patchwork of places that seemed — at first sight — quite different and distinct, giving these localities similarities in their ways of life no matter what kind of landscapes their ports and harbours occupied, whether this was primarily prosperous farmland or the bare, mountainous soil of, say, much of Scotland’s northwest.”

Kid’s Book of the Month

Exploring the Deep by Chloe Rhodes 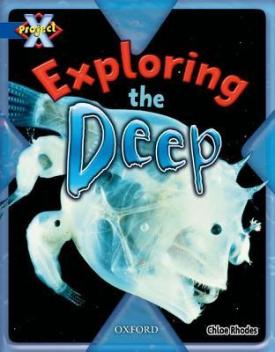 This month we are exploring the ocean from phytoplankton to whale sharks, shipwrecks to animals who live in darkness on the ocean floor. There is lots of information about our oceans in this handy book and even a glossary at the back if you don’t know some of the terms used.

This ebook is available for free on the Oxford Owl website along with a huge array of different books covering lots of topics such as Science, English and Maths. There are also lots of activities you can do too. All you have to do is sign up for a free account here.

Project of the Month 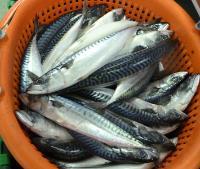 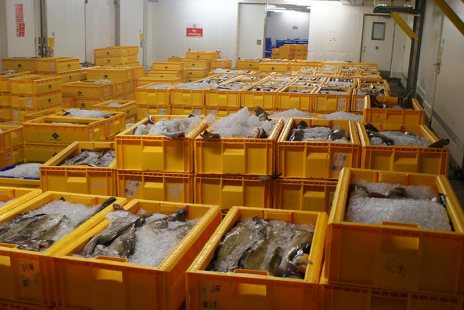 Over the past few years NAFC Marine Centre UHI has been researching the carbon footprint (CF) of mackerel and other pelagic species. The first part of the project looked at the CF of pelagic trawl Atlantic Mackerel (Scomber scombrus) fishery in Shetland from 2012-2014. The results found that this particular fishery to the point of landing, had a comparatively low CF compared to other types of fisheries and terrestrial meat systems. not surprisingly fuel consumption was  the highest CF factor and steps to reduce this would lower CF for the entire fleet.

The aim of the PhD is to identify and developing ‘climate smart’ pathways for the Scottish pelagic fishing industry, which would allow them to continue to grow and adapt to the changing environment driven by climate change and help meet the growing food demand.

Course of the Month

The courses are intended to help you become familiar with the world of work, and provide a variety of practical experiences linked to particular careers. They will also help you to develop general knowledge and skills that are important for employment and for life in general, including:

Pupils normally start Vocational Pathways courses in their S3 year, with a view to continuing the course into S4, where applicable. Most courses run every other Friday, and may last for 1 or 2 years.

Successful completion of the course will lead to a National Progression Award. The number of places on each course is limited.

For more information on how to apply click here.

NAFC Marine Centre UHI and Shetland College UHI are having an online open day this year  on the 5th of August with opportunities to ask any questions you might have and information on funding. Just click here for more infomation.

Fish of the Month

Herring are a type of pelagic fish which means it mainly lives in open water. However, herring come inshore to spawn laying eggs on coarse sand, gravel, small stones or rocks1. They are a sleek silvery fish with hints of green and blue and don’t usually grow to more than 40 cm long. Herring travel in large shoals and spend the day in deeper water, migrating to the surface at night following their prey mainly crustaceans and young sandeels2.

Herring is an oily fish and can be grilled, baked or smoked (kippers). In Scotland it is also rolled in oatmeal and fried. It is high in protein, vitamins D, B6 and B12, phosphorus and selenium3.

Herring spawn in the late summer in Shetland4. They were historically a very important fishery with boats and people migrating from Shetland down to Yarmouth following the shoals during the late 19th/ early 20th century.

In Shetland, herring are caught using either purse, trawl or drift nets. On the large pelagic trawlers, fish are pumped onboard and held in large tanks cooled using refrigerated sea water. The fish are then pumped into a processing factory. Shetland Catch based in Lerwick, is one of the largest pelagic processors in Europe4.

Heritage Topic of the Month

During the late 19th/ early 20th centuries, Herring became a huge part of the Shetland economy employing thousands of men and women, exporting millions of barrels of fish.

Dutch fishermen had been travelling to Shetland during the summer to partake in herring fishing at least as far back as the 12th century. They would catch and cure their fish onboard large ships called busses and faster ships would take fish back to the Netherlands throughout the season. Although the Dutch fishermen didn’t come ashore to cure their fish, they did come ashore to trade with Shetlanders and this is how Lerwick grew as a town.

By the 18th century reports began to surface suggesting that UK fishers could be pursuing herring fishing but to begin with Shetland was not even considered as a landing place with the UK boats operating in a similar fashion as the Dutch, curing on board. In  1786 the British Fishery Society was set up to encourage growth in the industry.

Since herring migrated south from the grounds off the coast of Norway, Scottish fishers were seen to be in the best position to utilise the herring fishing using smaller, cheaper boats and curing on land which would allow a greater capacity than the Dutch fishers. The government started offering incentives to increase production in the late 1700s and the British Fishery Society developed Tobermory in 1787 and Ullapool in 1788 as herring ports. In 1803 work began in Wick.

Although Shetland was overlooked by the government, a number of Shetland merchants who had had success at Da Haaf fishing and the Faroe Cod fishery were able to invest in the Herring industry. There was a small boom in the 1830s and 1850s but it was during the 1870s/ 1880s when curers from the North East of Scotland began to open curing stations in Shetland that things really took off.

In 1839 there were 56 stations across Shetland and they exported between 30-40,000 barrels of herring. At this time herring was seen as a subsidy of the haaf fishing and was only pursued from late August when the herring were in poorer condition so worth less money. 1905 was the peak year for herring in Shetland with over 1000000 barrels of herring exported.

If you are interested in reading more about the herring industry in Shetland and Orkney, you can read a blog post called Following the King of the Sea here.

Tabu Word of the Month

Tabu words were words used at sea while at da haaf fishing instead of using the “land” words. For example an otter would have been called a dratsi. The practice arose from superstitions that go back through the centuries and it was thought using tabu words would help to calm the sea gods amongst other things.

Most of the words that have been collected, are either nouns relating to animals and things left ashore or activities done whilst fishing and indeed the fish themselves. Nearly all of the known tabu words are of Old Norse origin.

For Further Information:
Shetland Words: A dictionary of the Shetland dialect
www.shetlanddialect.org.uk

Activity of the Month

This month’s activity is rockpooling!

As the tide goes out there are lots of fascinating things to discover in our rockpools.

why not head over to the Shetland Community Wildlife Group’s website for some handy guides on pressing seaweed and creating your own biogas!

REMEMBER: Never go to the beach without telling someone first!

What’s on this Month 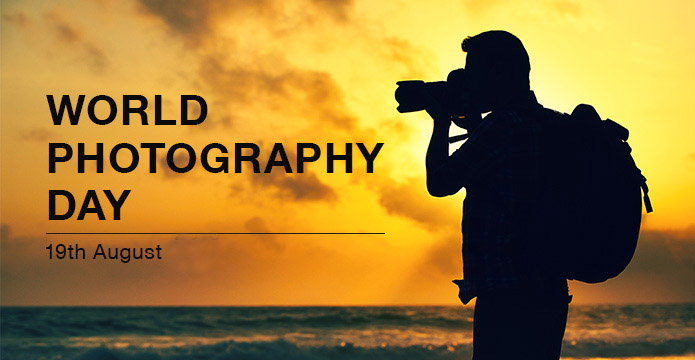 World Photo Day is an worldwide annual event celebrating the art, craft, science and history of photography. This year the event in on the 19th of August and there is a facebook event you can join here. Use the tag #WorldPhotoDay on your social media pictures to be included this year. 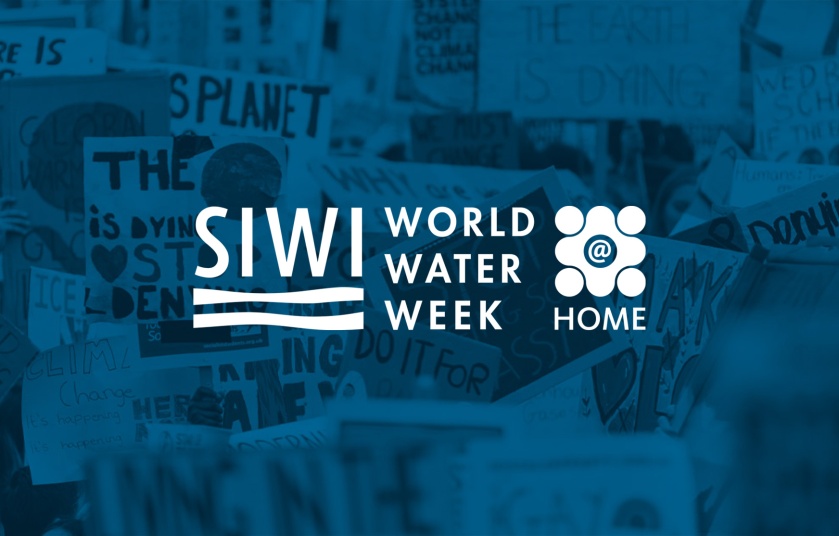 World Water Week is organised by the Stockholm International Water Institute each year focusing on the challenges of water around the globe. The theme for 2020 is “Water and Climate Change: Accelerating Action” and this year because of the COVID-19 Pandemic, the conference is moving online with no need to register to participate! There will be a number of session looking at the global water crisis due to climate change and trying to find solutions. You can find out more information here.

Keep an eye on our social media channels where we will share events through the week!